Meet the brilliant mind that won the contest for this project! 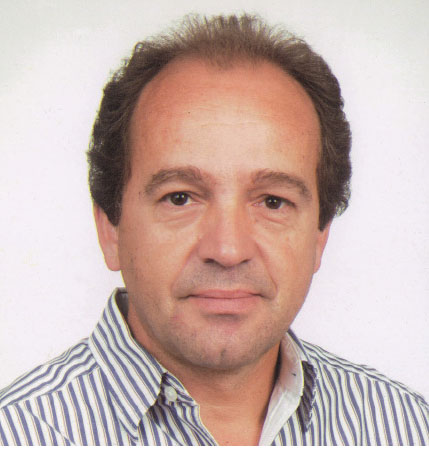 The Monument
“United for a Cause: Peace”

Antonio Saraiva was born in the city of Guarda, Portugal, in 1961. He holds a degree in Architecture and Urban Planning with a concentration in Historical Center Management as well as Urban Management.
Antonio has acted as member of the Executive Committee of the tourist region of Serra da Estrela, Executice Director of the PolisGuarda Association and was the Urban Manager for the promotion of the city of Guarda. He is currently an active member of several charitable, social, and recreational organizations in both Portugal as well as the US; Antonio is currently the Vice-President of the Os Serranos cultural center in Newark, New Jersey.
Antonio Saraiva has authored the following books: Guarda – Apontamentos Gráficos e Urbanos and Cathedrals of Portugal. He co-authored the book Guarda Vista do Ceu and coordinated several editorial publications including A Guarda em Posto Ilustrado de 1901 a 1970, Marcas Mágico-Religiosas no Centro Histórico da Guarda and Judeus, Judiarias e Cristãos-novos na Beira Interior. Antonio is the co-author of projects such as the Artificial Ski Slope of Manteigas as well as the Municipal Swimming Pools Complex of Guarda. He is responsible for a number of prominent sculptures, memorials and other works in the Serra da Estrela region of Portugal.
Saraiva was a high school teacher as well as a course director in technical studies. He was a lecturer, participant, organizer and coordinated multiple seminars and conferences on urban planning, tourism, energy and regional development. He owns, both individually and in partnership with the Instituto Politécnico da Guarda, innovation patents in mobility, infrastructure and restoration.
Antonio Saraiva is the recipient of several awards where he was distinguished amongst his peers for his contributions in the field of urban planning and regional promotion.